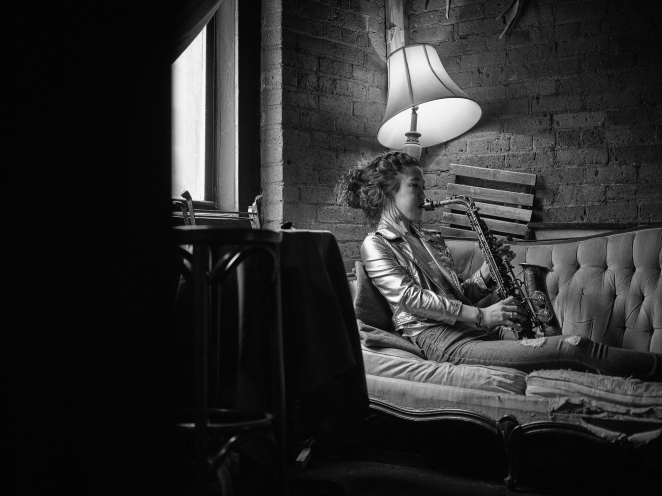 At 23 years old, jazz saxophonist/singer and Brookline native Grace Kelly released her 10th studio album, Trying to Figure it Out.

“It’s a compilation album of human experiences I’ve had during the last couple of years as I’ve been looking for myself as an artist,” Grace says. “12 years of being on stage has been a learning process, but I think my own thing is finally embracing all of the pieces that make me me.”

If only all of us were that sure of ourselves at that point in our lives, our 20s would have been far less messy. But that’s Grace for you–an old soul with the hip, blue-streaked hair of a millennial.

Grace is a natural performer, which is obvious from her cool attitude in the photos. She nurtured the dream of being a Broadway star as a child and took countless dancing, acting, and singing lessons from ages 6-12 before hitting the road as a professional musician. There’s something about music that just takes over her and sets her at ease. She said she had a felt a bit awkward at first, stepping in front of the camera for the Improper Bostonian shoot–mostly due to her feeling under the weather that day. But as soon as Michael Jackson started pouring through the speakers and filling the room, she was able to really have fun on set.

“John has such vision and knows exactly what he’s looking for,” Grace says. “He’s so awesome to work with and laidback–so humble too. When I saw the photos, I was stunned.”

The idea for the shoot was to place Grace in a stereotypical, smoky, underground jazz club–the complete antithesis of who she is as an artist. Yes, she adores and take notes from jazz legends like Stan Getz and Paul Desmond, but Grace also loves to blend modern genres with her old school training and inspirations.

“Sometimes in the music business, people don’t know what to do with me because I have such a wide range of styles, and switch between singing and playing,” Grace says. “But my own thing is uniqueness and audiences embrace this.”

The best part about these photos of Grace Kelly is how that “uniqueness” is captured. The photos are vibrant yet moody, highly stylized yet simple, energized but they feel mellow–a collection of dichotomies, odds, and ends that sum up one young woman Trying to Figure it Out.

For information on Grace’s music and tour dates, check out her personal website. Head over to the Improper Bostonian’s site to read a full feature on Grace, and take a look at some outtakes from the shoot below: 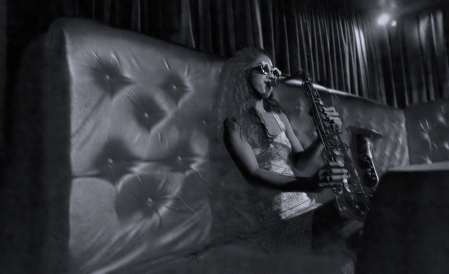 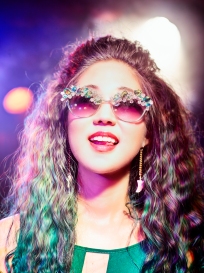 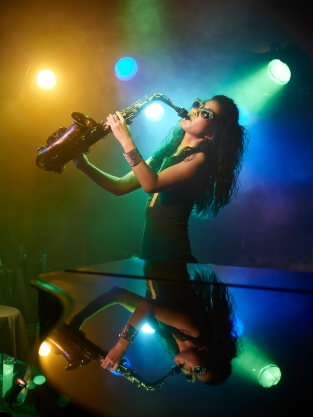 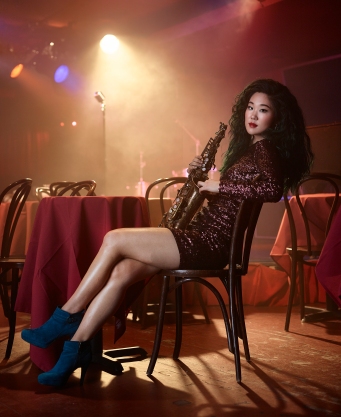 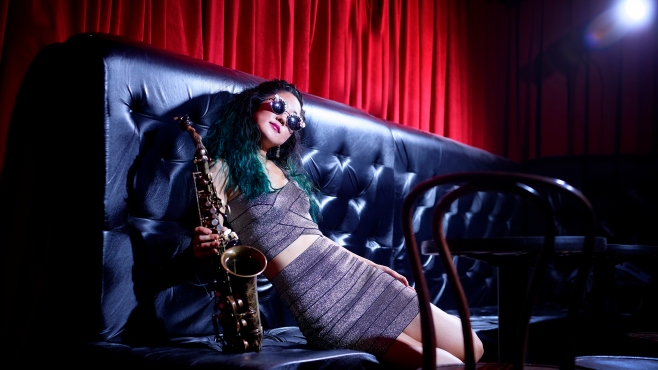